Statistical meta-analysis of all available research (42 independent study results) indicated that practice of the Transcendental Meditation Programme increased self-actualization by about three times as much as procedures of contemplation, concentration, or other techniques.Ref.Journal of Social Behavior and Personality 6: 189–248, 1991 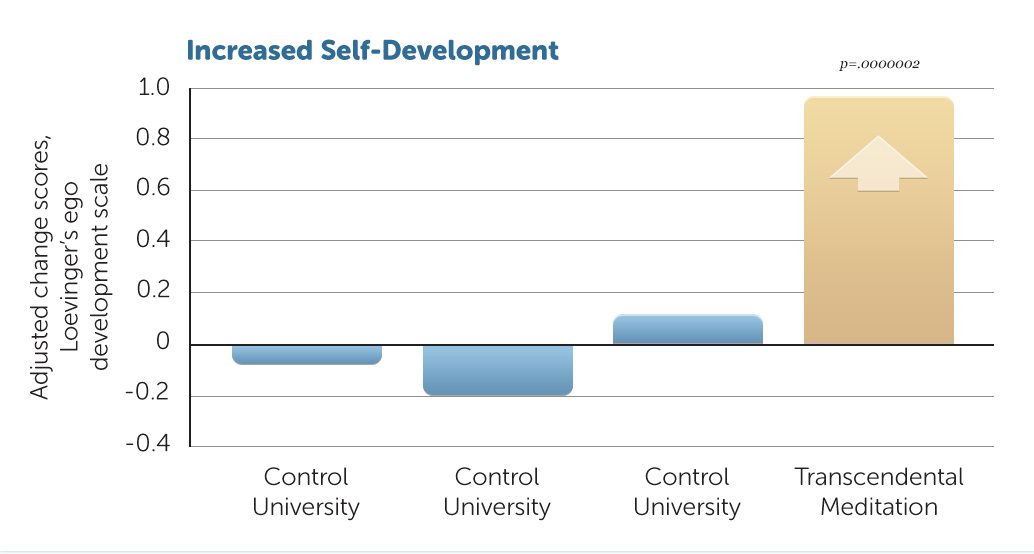 University students who were practising the Transcendental Meditation and TM-Sidhi Programme increased significantly on self-development (ego-development) when measured after graduation, in contrast to control students at three other universities who were not participating in this programme.Ref.Journal of Social Behavior and Personality 17: 93–121, 2005 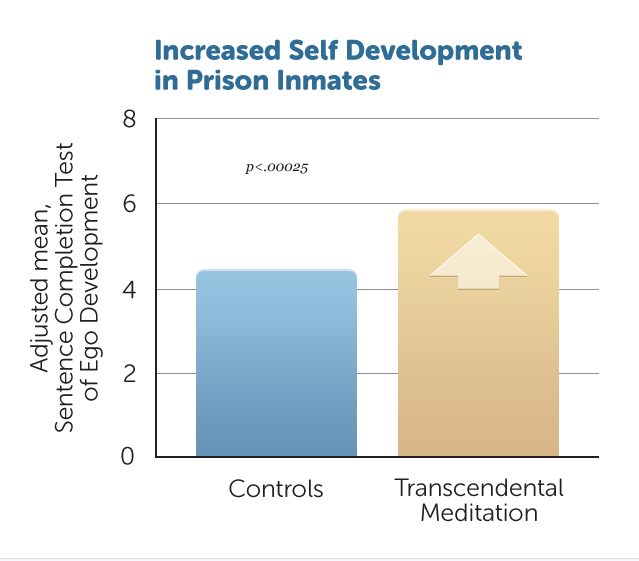 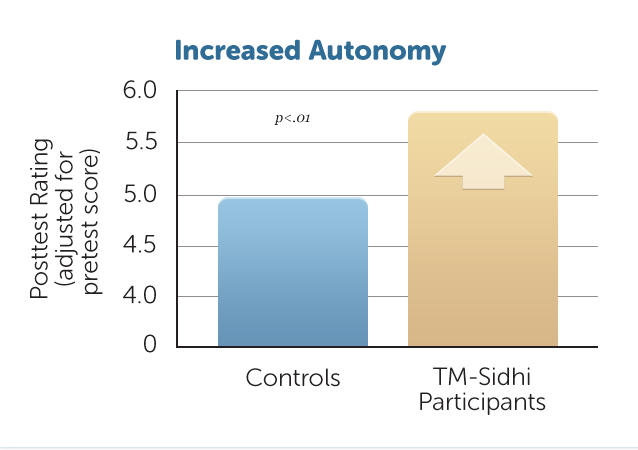 Students who learned the TM-Sidhi Programme were found to increase over a nine-month period in autonomy. Autonomy, defined as reported self-sufficiency, self-reliance, freedom, independence, and mastery of situations, was measured as one dimension among several in an open-ended interview, rated by independent interviewers, designed to elicit expression of experiences that the subject values in life.Ref.Modern Science and Vedic Science 1: 471–487, 1987 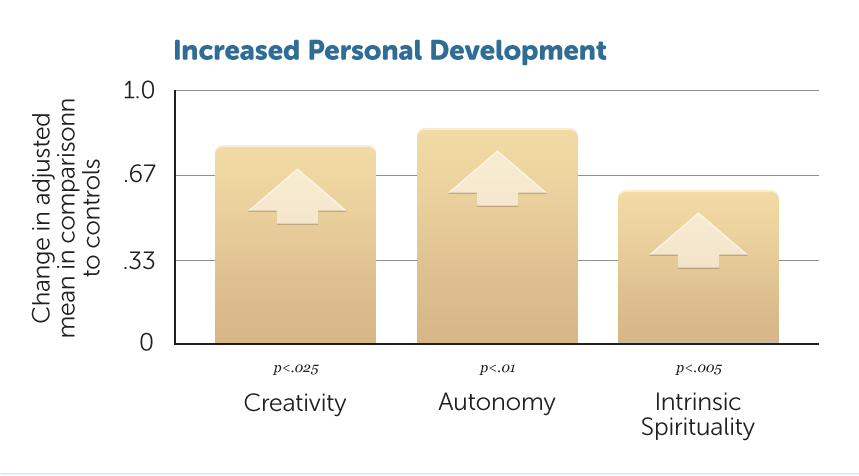 University students who learned the TM-Sidhi Programme, in comparison to control students from another university, increased significantly on three measures of personal development and psychological health—increased creativity, increased autonomy, and increased intrinsic spirituality. The TM-Sidhi Programme participants also improved significantly on an overall measure of well-being and a measure of psychological integration in comparison to the control students.Ref. Modern Science and Vedic Science 1: 471–487, 1987